Death: 1st October 1627. His tomb sits prominently along the Mathura Road, formerly the Mughal Grand Trunk Road, and is in close proximity to the Dargah of Nizam ud-din Auliya and Humayun’s Tomb in South Delhi.

Work Field: Rahim was one of the nine Navratna’s in the court of the Mughal Emperor Akbar. He was the commander-in-chief of the army of Akbar against Sultan Muzaffar of Gujarat. He also served under Emperor Jahangir. He was a successful General, an excellent administrator, poet, patron, and astrologer.

He was an Iranian Muslim and was a great admirer of the Indian civilization and acquired an excellent command of Sanskrit language. He is best known for his Dohas and Couplets in Hindi (Awadhi and Brij Bhasha). Rahim was known for his strange manner of giving alms to the poor. He was a Sufi/Bhakti poet and scholar and linguist and a great patron of the art.

1.   Mulla Mohammad Amin – who taught him Turkish, Arabic and Farsi languages along with how to write poems and couplets, mathematics Farsi Grammer.

Rahim gave shape to his experiences in simple and easy to understand the language in a highly emotional form. He mainly used Brij Bhasha (ब्रज भाषा), Purvi Awadi (पूर्वी अवधी) and Khadi Boli (खड़ी बोली) of Hindi in his poetic literature. He conveyed deep meanings of life in a simple language. He often changed the form of Sanskrit words in Hindi and used them in his simple expressions

Rahim has command over Arabic (अरबी), Turkish (तुर्की), Persian (फारसी), Sanskrit (संस्कृत) and Hindi (हिंदी) languages. He was highly influenced by Indian culture. Though Rahim was a Muslim, he followed Krishna. In his literature, apart from twists and turns of life, you will find strategy, devotional love, and pure love.

Rahim’s most of the work was scattered and not all writings of Rahim have been traced but from various sources, his work was gathered by various people and published.

This website is collection of Rahim’s work which is in the forms of Dohas (दोहा) and Barvey (बरवे) maninly in Brijbhasha and Awadhi languages. Here you will find Hindi and English translation of Rahim’s Dohe and deep meaning they convey to us. We have categorised Rahim work as per relevance of current modern time. 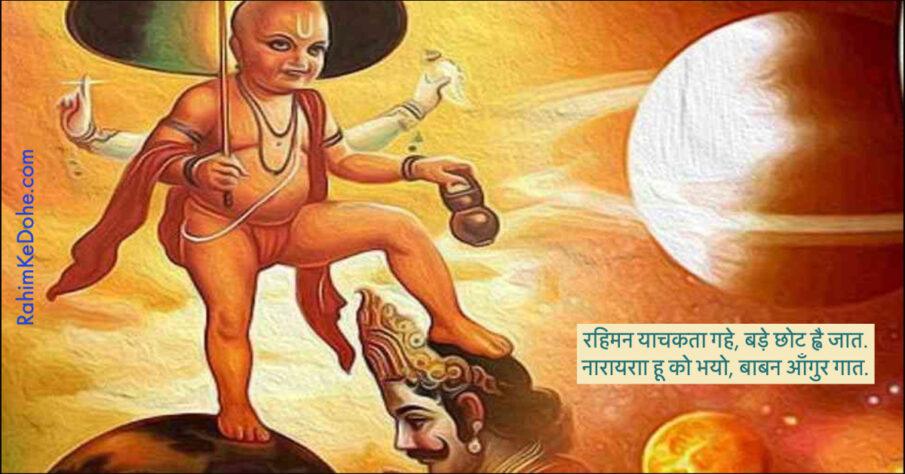 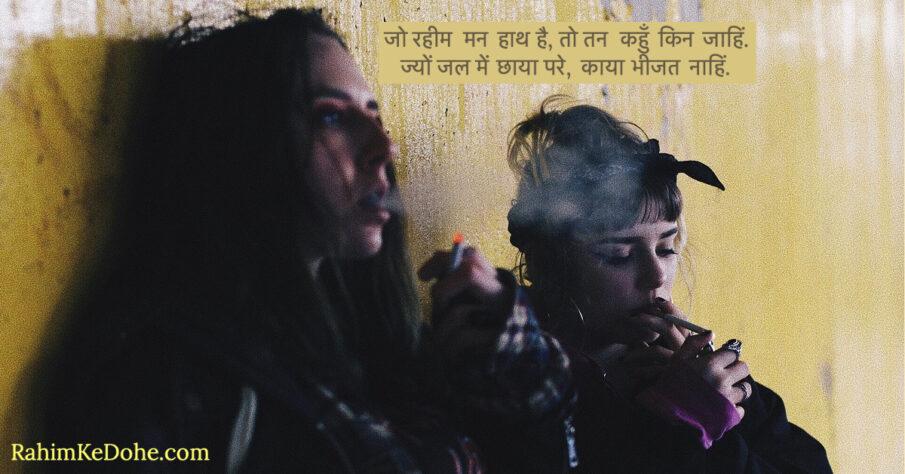 How to stay away from bad company 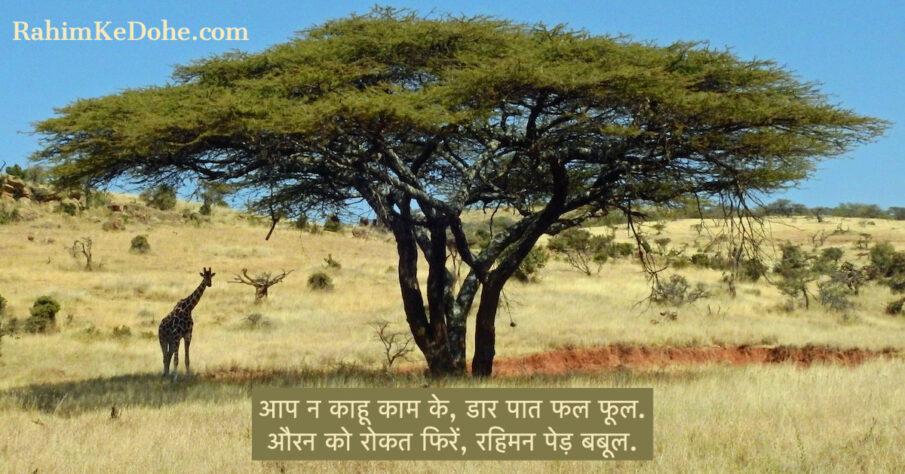 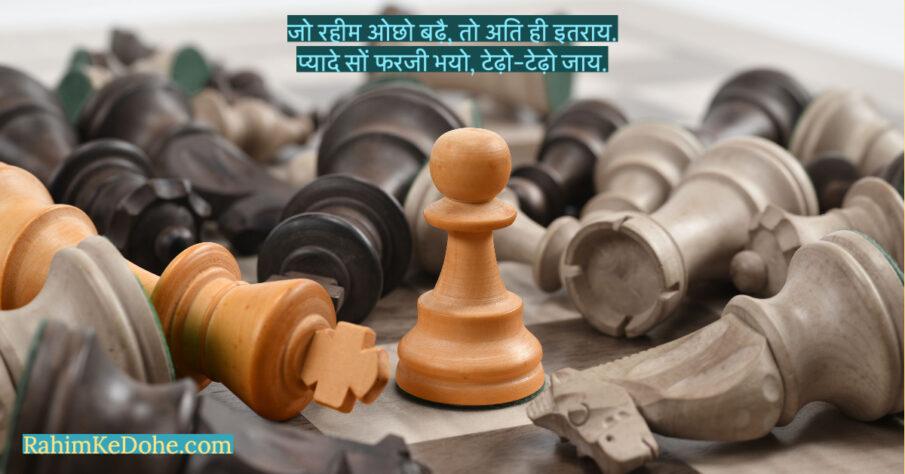 When you promote an undeserving person 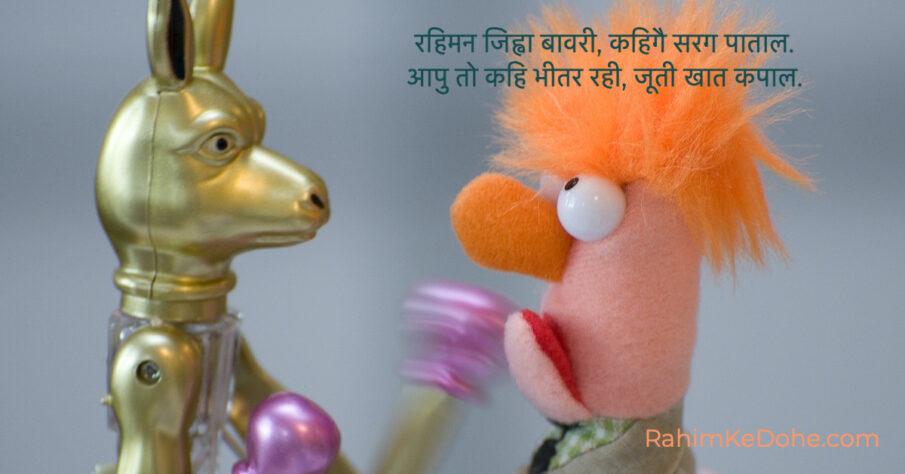